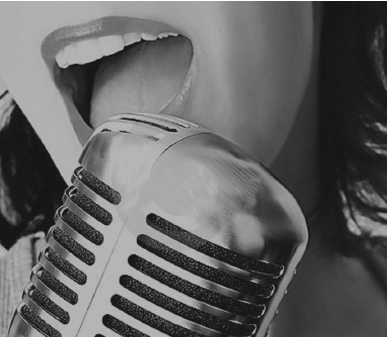 The Momento Foundation Focus: Why We Care About Australia’s Sad Record Of Domestic Abuse

One in three Australian women, aged 15 years and over, has experienced physical violence and nearly one in five has experienced sexual assault. The Momento Foundation, by donating to organisations such as the Lisa Harnum Foundation, hopes to create a space where women in Hills District feel safe from harm.

It’s official – half of Australia’s population is comprised of women. Among them, some are focused solely on their careers, others prefer a flexible work life, and some have wholeheartedly dedicated their entire being to raising families and looking after their home.

While their choices differ, what they all have in common is the one threat that doesn’t discriminate against age, career choices, post codes, or cultures. That threat is domestic violence.

More shockingly, as claimed by the Australian Institute of Criminology, of the the 479 homicides occurring between 2010–2012, 187 were classified as domestic homicides.

The percentage of women contained within that statistic is unverified but what is sure is that women suffer greatly under the strains of violence, particularly in a space where they should be considered safe – their homes.

Some, under the blanket of silence, pay the ultimate price.

Lisa’s Story
One such woman is Lisa Harman who, after experiencing the throes of a controlling relationship, died tragically after her then fiancé, Simon Gittany, threw her from the balcony of their fifteenth floor unit in Sydney.

“It’s very important to have these initiatives,” she says. “Because of such efforts, domestic violence is no longer kept in the dark as it was many years ago and women now have the confidence to speak up, and access services that specialise in these areas.”

The Lisa Harnum Foundation, which began in 2014, had an aim to create a Hills District in which “all families live in safety, free from fear, free from domestic violence”.

Naming the foundation after Lisa, according to Aileen, was also a means to assure Lisa’s story would never be forgotten.

“Her high profile case, which represents many women in controlling relationships, raised a lot of awareness for the problem of domestic violence in Australia,” Aileen says.

Charity Focus
To create a safe Hills District, the charity has a strong focus on keeping the eradication of domestic violence in the spotlight.

“Awareness — through the media, through campaigning local governments — is what needs to continue to stop violence towards women,” Aileen says.

That, along with grooming society, through education, into a culture that respects women.

“Our first priority is educating young people so that they understand what a healthy relationship is like,” Aileen says. “If they are in a family home where the father is emotionally and verbally abusive towards the mother, they think that’s normal and carry that through when they start dating. It’s important to give them the information they need to not continue the cycle of abuse.”

It is a plight which captured the hearts of those involved in The Momento Foundation.

“Their donation will go towards education, our outreach services, and other things like emergency funds for our mums when they come into our transitional housing and they don’t have money for food or school clothes,” Aileen says.

The Foundation’s contribution will further go towards further development of an existing app — Buzz News — a discreet, user-friendly, app which conceals a list of emergency numbers that are notified when the user is subjected to violence.

“Organisations, such as The Momento Foundation, can assist us in potentially saving a life,” Aileen says.

The Momento Foundation Cares About Furthering Our Sporting Nation

The Momento Foundation is keeping our grand sporting culture alive by supporting the next generation of athletes in the local...